Spy vs. Spy, the Real Fake War against Us

In the not quite serendipitous world of YouTube video recommendations the following video popped up for me last week. It seemed like catnip, and so I took the bait. It is an interview with a man named Robert David Steele (RDS), who it seems is actually a retired CIA spook, with close affinities to his U.S. Marine Corps hierarchy. According to Mr. Steele, and another retired fellow supposed White Hat spook from the NSA, he claims to have used his Marine Corp connection to have instructed the Trump administration how to hack / mine the vast NSA database of all electronic communications, such that they could compile a Yuuuge number of sealed indictments (now somewhere north of 1,800) against Deep State actors.


Note: Talk of these sealed indictments are all over the alt-web, and so far, the various peddlers of this also push various breadcrumbs that are offered with no substantive evidence, much like claiming the Earth is flat. This is part of the rhetorical catnip that keeps Trump's base going for him, despite the substantive evidence that he is doing less than nothing for them.​
The surname Steele immediately evoked the retired MI-6 agent, Christopher Steele, who compiled the infamous dossier against Donald Trump regarding a small fraction of his interactions with Russia, including a salacious business regarding Russian prostitutes urinating on the bed which President Obama and his wife had apparently slept in on their visit to Moscow. This dossier, initiated by the Jeb Bush (Deep State) campaign was taken over by the Hillary Clinton (Deep State) when Jeb Bush was fake humiliated out of the primary campaign.

Reading the otherwise impressive bio of RDS, we can see that he indeed had quite a career with the CIA, interestingly as a spy master in South America. This, not too many years after the notorious period of the CIA deeply interfering in South and Central American democracies, perhaps made most famous here in the USA by the Allende assassination, and the movie Day of the Condor. Steele was even raised in Thailand and South Vietnam where his father was supposedly a petroleum engineer, a typical spook cover as with George HW Bush's Zapata Oil Exploration Company.

RDS has also been proposing a rather sophisticated project for humanity to combat the Deep State elites, via something called Open Source Intelligence, where "we the people" can turn the tables on the Evil Doers, by informing on said Evil Doers. I guess like 'whistleblowers', and we all know what happens to such. I'm guessing that the Open Source 'whistleblowers' will be promised anonymous protections against the Deep State, or ... that there will just be too many whistleblowers blowing their whistles, and everyone will be hidden in plain sight. I have not read the details of all this so I can't really comment further, than:

What gives me greatest pause about RDS is that he has been head over heals that Donald John Trump must indeed be an authentic 'patriot' hero working against the Deep State Globalist enemies. If he was such a player in the intel community then he should not be anywhere so naive. But he is playing the same card that Trump did with his political base, where Trump claims that only he can fix the problems like with foreign trade, because Trump himself had himself committed all the sins. Unfortunately, Trump has done nothing to correct real foreign trade problems while instead signing executive orders, like a Russian Tsar, that appeal to his bases' basest religious and racial instincts.

RDS even explicitly states that Putin is a great guy, well ... because he must be. And all this must be why Trump seems to do everything he can get away with to appease Putin, and ... Xi.

RDS is an alumni of Lehigh University:
https://en.wikipedia.org/wiki/Lehigh_University


”The seal of the Lehigh University is of an oval form. In the upper part a Sun on which is inscribed the word Lux (Light): below is an open Bible on which is written Veritas (Truth); on the Bible lies a heart bearing the inscription Amor (Love); thus bringing in the three Persons of the Godhead, the Ever Blessed Trinity; the God of Love, Christ as the Light of the world, and the Holy Spirit as the inspiration of the Word and the Spirit of Truth.​ 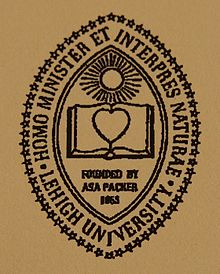 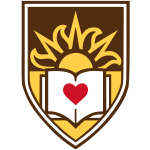 The above seal is not in the form off an "oval" as stated above, but is rather a vertical Vesica Piscis, an esoteric Pythagorean symbol that directly informed the later Christian sign of the Fish. That is, the Fish behind the fish, so to speak. The Vesica Piscis also informs such as the Gothic Cathedral entrances that evoke the entrance to the reproductive anatomy of a woman, and such as the Virgin Mary, aka Isis, aka the Great Mother. Also present is the Sun, a ubiquitous solar motif long before Christianity, and then the heart, central to such as the Marian Sacred Heart, adopted from Dionysus. It's all the same thing repackaged for the rummies.
Last edited: Nov 23, 2017

Staff member
My sister sent me a link to this "Retired Marine" who is talking about a 4chan and Twitter poster known as "Q-Clearance Patriot Anonymous", or just "Q-anon" for short. The actual posts from this person consist mostly of enigmatic questions. But somehow, the conclusion of these questions is that Trump is leading a "White Hat" counter-coup, and that the swamp will be drained shortly. Podesta (I'm not sure which Podesta) was predicted to be arrested last Nov. 3, and apparently that hasn't actually happened, although there are conflicting reports. The coup against enemies of MBS in Saudi Arabia is said to be part of the plan, as all his enemies were supposedly wearing black hats and engaged in organizing false flag terror attacks.

There are said to be loud, mysterious booms or explosions being heard in cities across the globe. This may or may not be related to the prediction that the US power grid will go down for a 10-day period. When the tribulation is over, the white hats will be in control, Rothschild banking interests defeated once and for all, and the Federal Reserve will be nationalized.

Jerry Russell said:
Podesta (I'm not sure which Podesta) was predicted to be arrested last Nov. 3, and apparently that hasn't actually happened, although there are conflicting reports.
Click to expand...

It's interesting that the 'other' Podesta was caught up, so to speak, in the same foreign political consulting web as Paul Manafort, and that all 3 are all part of the Jesu network.

The entire interwebz is full of these "enigmatic" posters laying out such claims, where hard evidence supporting the individual pieces is threadbare, as well for linking all these matters together, albeit sometimes very creatively. Hillary and other Deep Staters are walking around under house-arrest with figurative Denver Boots on one wheel respectively. Also, there is a common claim recently that the Marines have invaded CIA headquarters at Langley, but those bastards at the MSM are yet keeping it mum. Poor The Donald Duck Dynasty (T3D) can't catch a break, but who expected the Deep State to give up without an apocalyptic fight?

Of all these wild claims I think only the guy talking about Sophia in Saudia Arabia being connected to cryptocurrency and the blockchain (being advanced for day-to-day transactions - which needs massive processing power beyond present 'coin-mining' capacities) makes any sense. This also fits perfectly in the Revelation script - and for the Orange Beast.
You must log in or register to reply here.
Share:
Facebook Twitter Reddit Pinterest Tumblr WhatsApp Email Share Link
Top