Reporter spends a day at the Hidden Resort

Staff member
For once we have proof. Arkady Babchenko was allegedly murdered in cold blood, but then a day later he turned up at a press conference and explained that he had participated in a conspiracy to fake his own death.


We need to never forget that while Arkady was busy hiding in his closet (or whatever he did for the hours he was supposed to be dead), his demise was the reality for all of us. Sold to us, not just with narrative consistency, but with apparent hard evidence and circumstantial confirmation. ...

If he hadn’t turned up alive, Arkady dead would have become the thing most people called “truth.” Like “United 93”, and similar collective myths, the legend of his martyrdom would have taken on all the trappings of solid reality. No one – none of us – would think to question it. And anyone who did would be dismissed as a lunatic.

The most important and abiding point about the non-death of Arkady Babchenko, beyond all the spin and damage control and narrative-boosting we are inevitably going to see over the next days and weeks, is that, at its deepest level, consensual reality is a fragile thing that can very easily have nothing to do with truth or fact or actual reality. The point is that the people who are paid to fact check official narratives didn’t do it, and would never have done it. They were simply sold a line and bought it, uninterrogated, uninvestigated, unwrapped.

And this is what they do every day. With every item of “news” they lay before us.

Look at the illusion of depth and veracity they gave this lie, simply by reporting it. See how easily they were fooled and went on to fool us. See how little it occurred to any of us, even those who make a habit of interrogating narratives, to ask whether or not it really happened.​

Staff member
Not sure if this belongs in the same thread, or not. Anyhow, when Yulia Skripal's reappearance video was released, I saw that initially there were a few skeptics saying that this was not Yulia. But now it's generally accepted that the new video is genuine.

I'm able to convince myself that these two pictures represent the same person. She's definitely lost some weight, which makes sense. I think it's makeup that makes here eyes look bigger. But for having just recently emerged from a coma and weeks in the ICU, she looks in remarkably radiant health. Photo composite is from Alexandr Kushnir on Facebook. 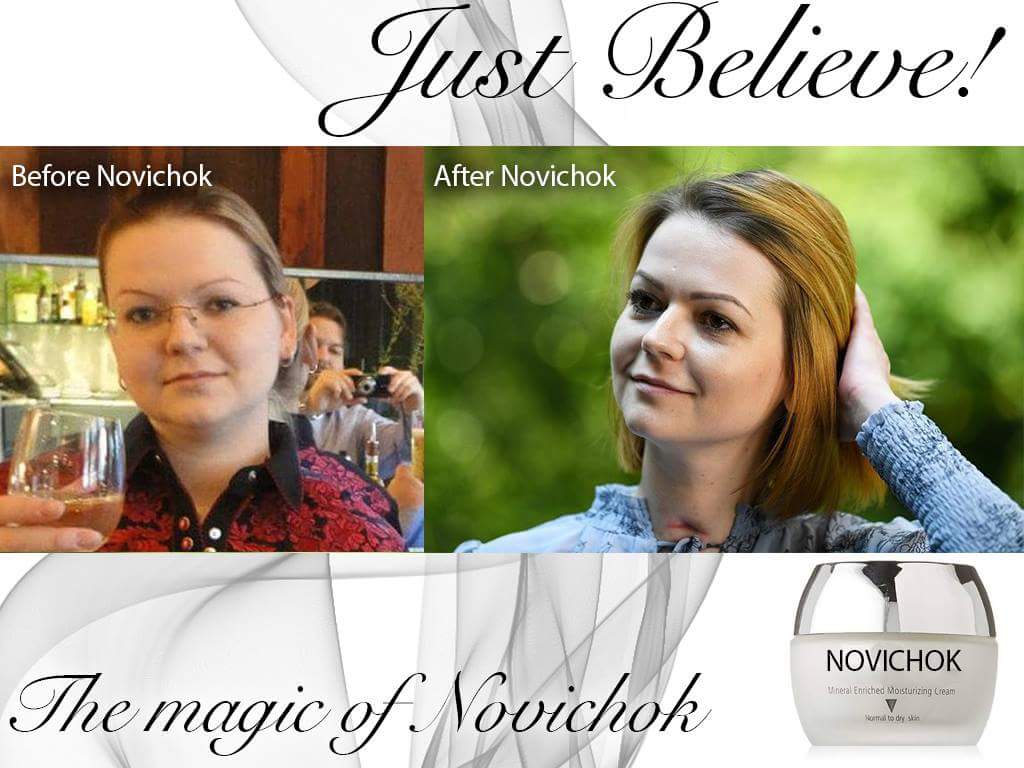