I wonder if Ralph is familiar with the Sabbah brother's book, Secrets of the Exodus?
G

Remember, there was also this parallel I found that could have some validity:

gilius said:
The build a tower part 2 parallel is still to come - seems I am right about that too - but here's the correct match for the preceding Simon, John and Eleazar one above as discussed on Facebook: 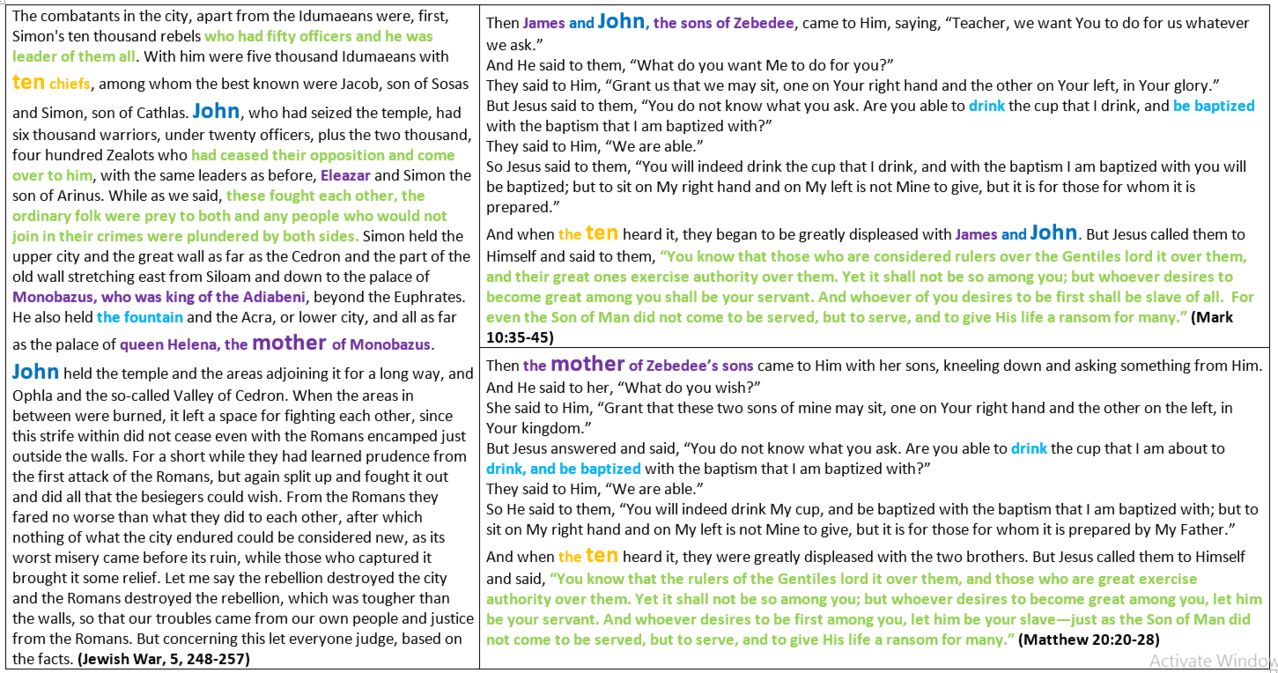 I haven't fully nailed this yet, but having arrived at this parallel by process of elimination through sequencing the gospels and Josephus book 5, it seems we have a half-disclosure on the real king of the Jews, Eleazar, being an alias for Monobazus, i.e. king Izaz Manu IV AKA Immanuel/Ahaz (see Isaiah 7:10) as per Ralph Ellis hypothesis. We also have a new disclosure on James being Eleazar - is this consistent with Robert Eisenman? No wonder he was the brother of Jesus - he's like another Lazarus lampoon! Luke 5 says: "also were James and John, the sons of Zebedee, who were partners with Simon", so there you have it... Queen Helena was the mother of John and his brother the main rebel leader of the Jews from Adiabene/Edessa. "Zebedee" could be a word corruption of "Adiabene" (what's the Greek saying?). This might be better than my John "The Baptist" discovery (though the oligarchs must already know this)
Click to expand...