This video supports Joseph Atwill's claim that Mary Magdalene and Saint Veronica are one and same.

Welcome to the forum EM.

The video is very interesting and touches on many of the themes we talk about here. Beyond the equation of the Magdalene with Veronica, I suspect that Joe will have some problems with other aspects that are presented. The subtext generally comports with my view that such as the Freemasons represent an esoteric, inner church (for those with eyes to see) with respect to the exoteric church. And thus, that such networked secret societies are indeed acting on a long term agenda. And that Judaism is an inseparable, integral component to the the later Christian construct -- contrary to popular opinion.
E

If you watched the entire video then you know who the "The Narrator" is in the movie Fight Club, and you know what the "Fight Club" is. The Narrator for Joseph Atwill's book is John Alan Martinson Jr., who is also known as Samael in the occult world. "Martinson" means "of the god of Mars" or "son of Mars." The Narrator (John) is a black and white man who also narrated books for Veronica Clark, who is a World War II historian focused on the Third Reich. John was born 8/8/80 in the sign of Leo with a birth mark on his right thigh and Veronica was born in the sign of Pisces. "Veronica" has a value of 888 in Jewish gematria. 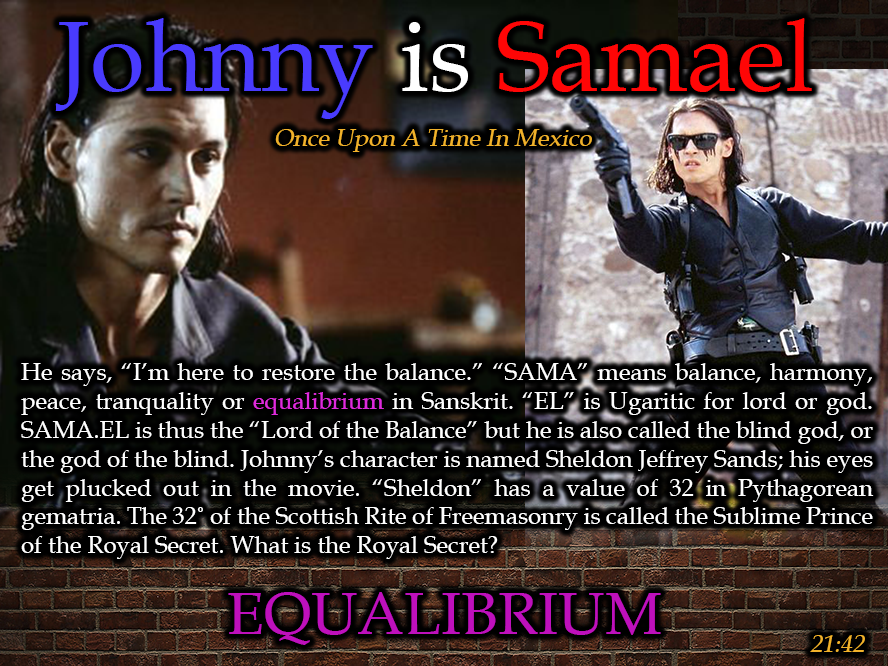 The above image appears the book Cosmic Trigger: Final Secret of the Illuminati by Robert Anton Wilson. Note the black and white yin and yang, the baby is pointing at Leo. The quote is from John Donne and deals with death. The ouroboros is present, which represents Samael and the alpha and the omega. As for the woman, she represents the woman of Revelation 12, which states, "And there appeared a great wonder in heaven; a woman clothed with the sun, and the moon under her feet, and upon her head a crown of twelve stars." 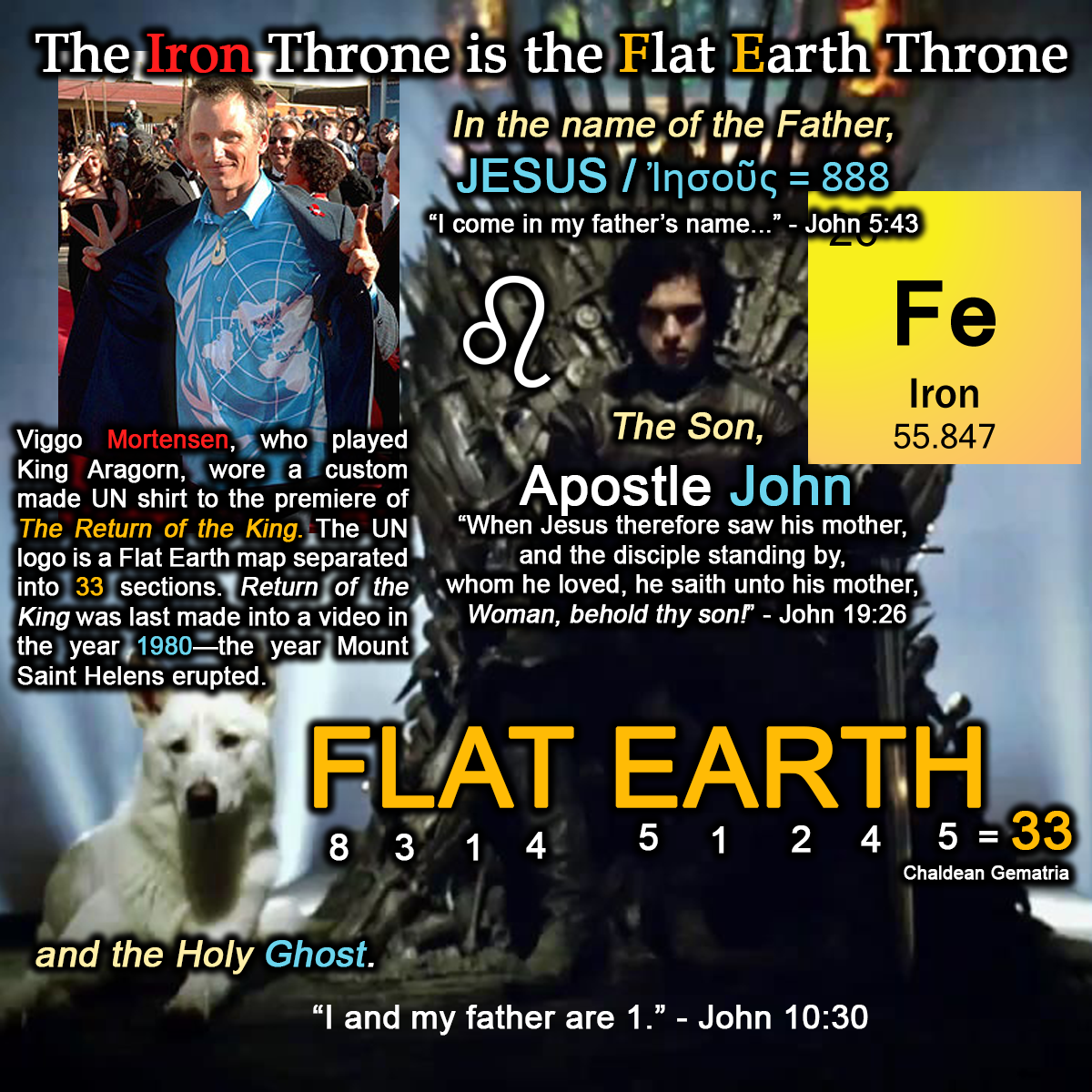 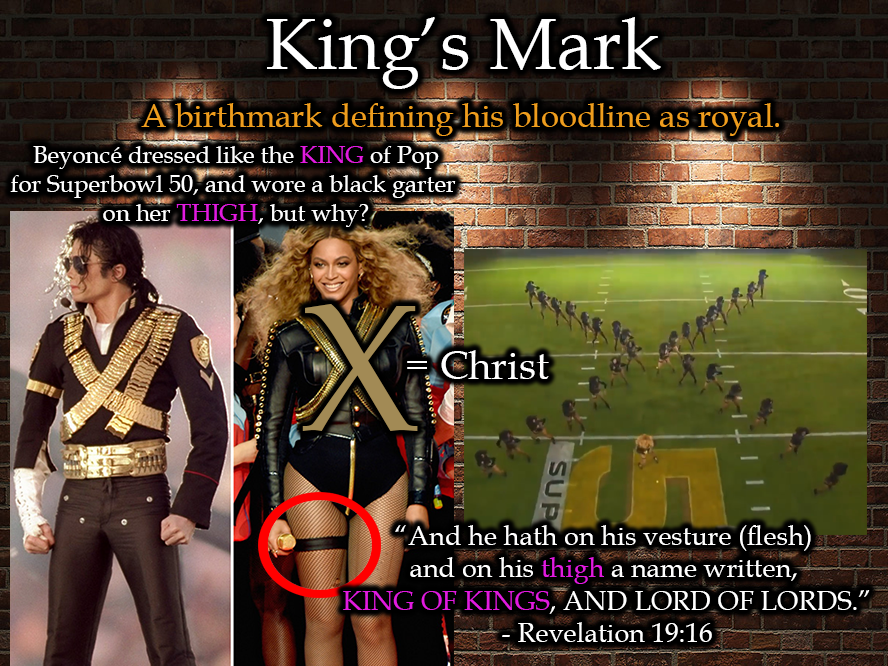 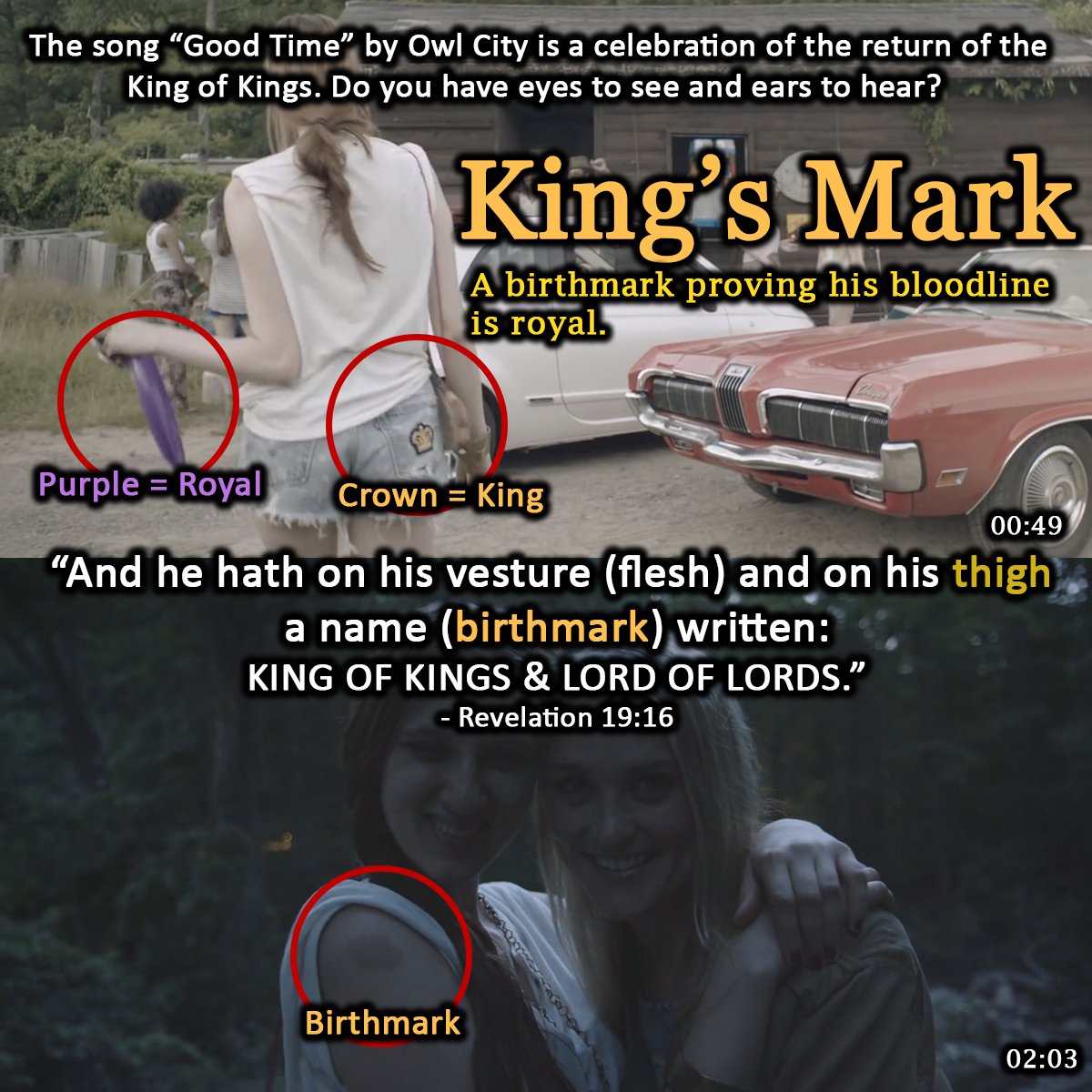 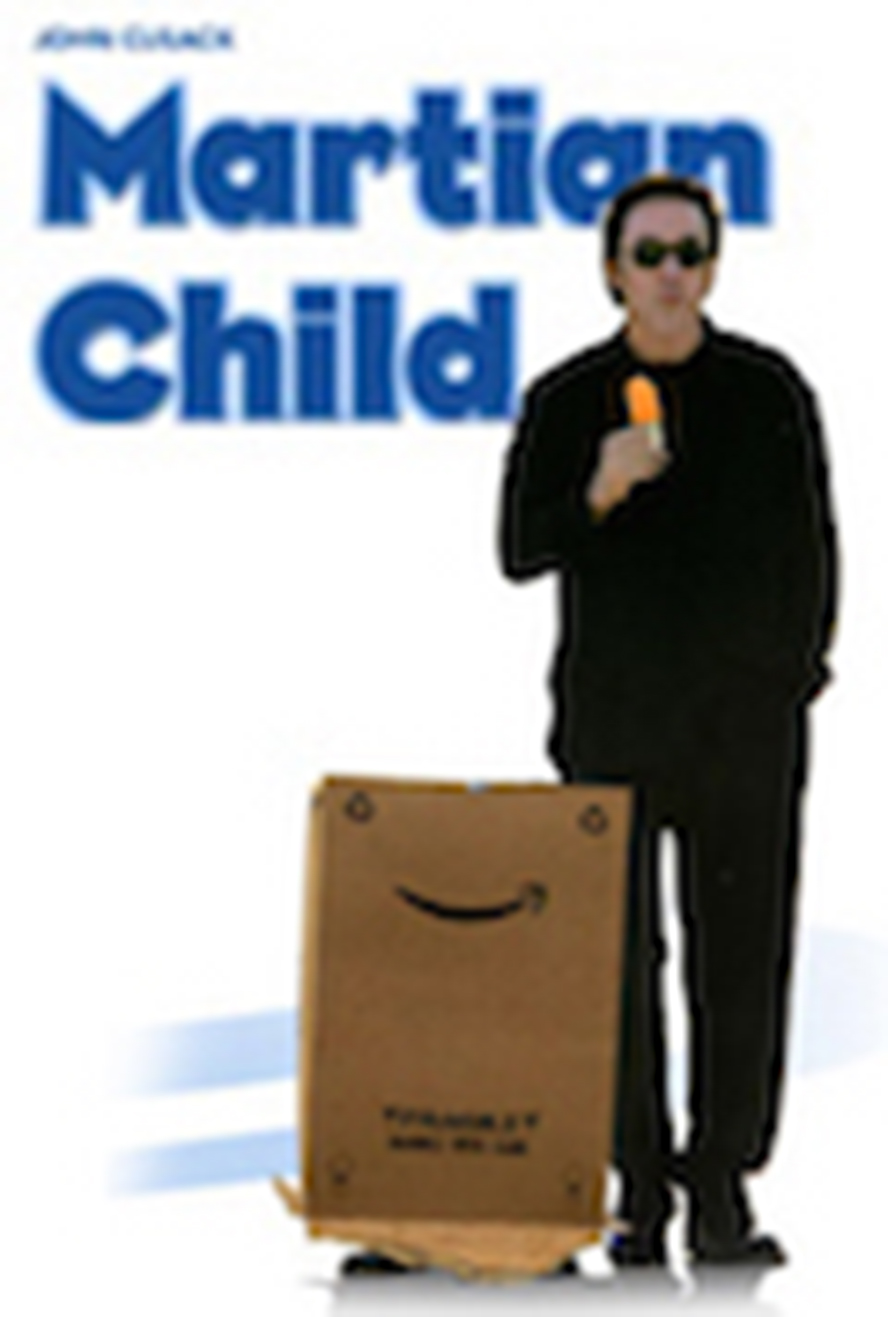 John Cusack (JC) holds an ORANGE popsicle. "Orange" is 33 in Pythagorean gematria, being the 33rd degree of the Scottish Rite of Freemasonry. The popsicle is a phallical object and it is held up to John's mouth. The "arrow" of the Amazon logo points at John's groin and the "eyes" of the smiley face on the box (cube) are recycle symbols. Recycle symbols are a kind of ouroboros. The message is clear to those with eyes to see. Phallus + mouth + groin = self-fellatio, which is a sexual way of saying "the serpent eating its tail," which is a reference to Samael. Also note that a "Martian Child" is a "Mars son" or "Martinson." John is dressed in black and wearing sunglasses. 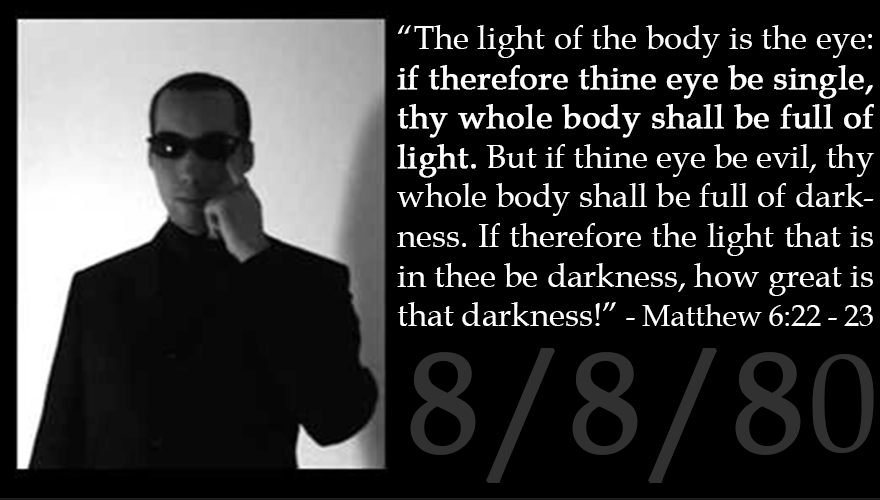 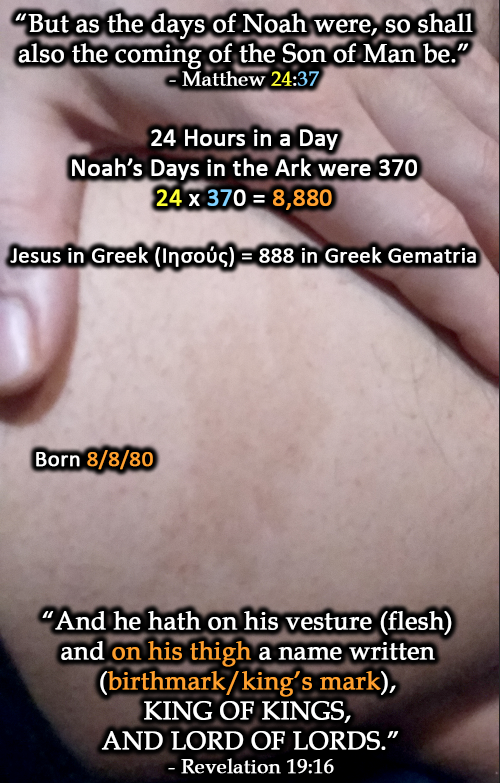 "I'm not here to debate with anyone. I only debate with my equals—all others, I teach." - Dr. John Henrik Clarke (JC)
E

Giving all the secrets away...

EternalMonarchy said:
This video supports Joseph Atwill's claim that Mary Magdalene and Saint Veronica are one and same.
Click to expand...

Jerry has reminded me that Joe's equation was between Veronica and the Herodian, Berenice (the 'V' and 'B' frequently being cognate), but he can't recall the equation to Mary. As such, do you know where Joe has done so?

In any case, Berenice's relationship to Titus seems to be good typology with the gnostic claims of that between the Magdalene and Jesus IMHO.