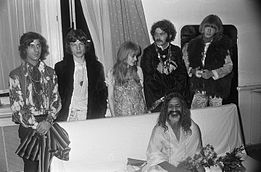 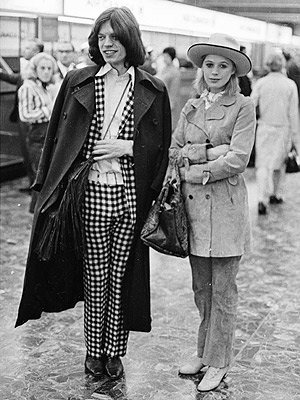 From 1966 to 1970, she had a highly publicized romantic relationship with the Rolling Stones lead singer Mick Jagger. She co-wrote "Sister Morphine", which is featured on the Rolling Stones' Sticky Fingers album.

Marianne Faithfull Claims Her Ex-Boyfriend Killed Jim ...
In the August 1, 2014 issue of Mojo Magazine, Marianne Faithfull says that her drug-dealer boyfriend at the time, Jean de Breiteuil, killed Morrison. In the interview she says, “I could intuitively feel trouble. I thought, I’ll take a few Tuinal and I won’t be there. And he went to see Jim Morrison and killed him. I mean I’m sure it was an accident. Poor bastard. The smack was too strong? Yeah. And he died. And I didn’t know anything about this. Anyway, everybody connected to the death of this poor guy is dead now. Except me.”

Sister Morphine Lyrics
was written by Jagger, Mick / Richards, Keith / Faithfull, Marieanne.
Here I lie in my hospital bed
Tell me, Sister Morphine, when are you coming round again?
Oh, and I don't think I can wait that long
Oh, you see that I'm not that strong
The scream of the ambulance is sounding in my ear
Tell me, Sister Morphine, how long have I been lying here?
What am I doing in this place?, Why does the doctor have no face?
Oh, I can't crawl across the floor
Can't you see?, Sister Morphine, I'm just trying to score
Well, it just goes to show things are not what they seem
Please, Sister Morphine, turn my nightmare into dreams
Oh, can't you see I'm fading fast
And that this shot will be the last
Sweet, Cousin Cocaine, lay your cool hands on my head
Hey, Sister Morphine, you'd better make up my bed
'Cause you know and I know in the morning I'll be dead
And you can sit around and you can watch
All the clean white sheets stain red

'The Tempest' has also influenced songs written in the folk and hippie traditions: for example;

versions of "Full Fathom Five" were recorded by Marianne Faithfull for Come My Way in 1965 and by Pete Seeger for Dangerous Songs!? in 1966.[80]

The Decemberists' song "The Island: Come and See/The Landlord's Daughter/You'll Not Feel The Drowning" is thought by many to be based on the story of Caliban and Miranda. Michael Nyman's Ariel Songs are taken from his score for the film Prospero's Books.

Early life and links to nobility

Faithfull was born in Hampstead, London. Her father, Major Robert Glynn Faithfull, was a British Army officer and professor of Italian Literature at Bedford College of London University. Her mother was styled as Eva von Sacher-Masoch, Baroness Erisso and was originally from Vienna. The von Sacher-Masoch family had secretly opposed the Nazi regime in Vienna.

In regard to her roots in nobility, Faithfull commented in March 2007 prior to beginning the European leg of her tour, "I'm even going to Budapest, which is nice because I'm half English and half Austro-Hungarian. I've inherited the title Baroness Sacher-Masoch—it comes from one of my great great uncles who gave his name to masochism."[7] She later discovered on the UK television series Who Do You Think You Are? that the title was in fact Ritter von Sacher-Masoch, the relative corresponding English title being a Baronetcy - an inherited knighthood - rather than higher ranking Baron. [8]

The family originally lived in Ormskirk, Lancashire, while her father completed a doctorate at Liverpool University.[9] She spent some of her early life at the commune formed by Dr. John Norman Glaister, where her father also lived and participated at Braziers Park, Oxfordshire. After her parents divorced when she was six years old,[9] she moved with her mother to Milman Road in Reading, Berkshire. Her primary school was in Brixton, London. Living in rather reduced circumstances, Faithfull's girlhood was marred by bouts with tuberculosis and her charity status at St Joseph's Convent School, where she was, for a time, a weekly boarder.[10] While at St. Joseph's, she was also a member of the Progress Theatre's student group. Her half-brother is Simon Faithfull. 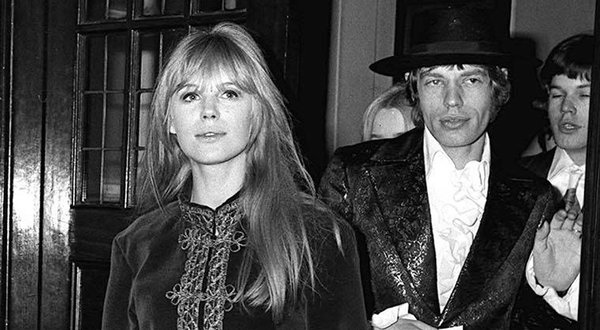 'The Tempest' has also influenced songs written in the folk and hippie traditions: for example;
versions of "Full Fathom Five" were recorded by Marianne Faithfull for Come My Way in 1965 and by Pete Seeger for Dangerous Songs!? in 1966.

The wild mountain thyme that grows around my door
Has grown there for two score years or more
And I've grown weary waiting for love to say
"Come my way, come my way."
The brook that sings and twinkles in the sun
Has danced this mercy dance since time begun
But o how weary and how long the day will he say
"Come my way."
Lovers all around, I wish you joy
Happiness to every girl and boy.
But sometimes spare a thought of me and say
"Love come her way," come my way.

Full Fathom Five Lyrics
was written by Brown, Ian George / Squire, John.
Full fathom five
My father lies
Of his bones all coral made
Those are pearls that were his eyes
Nothing of him but the fade
That doth suffer a sea change
Into something rich and strange
Seemeth holy ring is know
Hark! I hear them
Ding dong
Ding dong bells.
Last edited: Apr 14, 2015
You must log in or register to reply here.
Share:
Facebook Twitter Reddit Pinterest Tumblr WhatsApp Email Link
Top