It cannot be a happy accident that last names of the principals in the band so closely approximate the dialectic that America was struggling with.

From the thesis (Leninism) and the antithesis (McCarthyism) comes the synthesis (Lenin/McCarthy).

What better way to get the new generation to submit to the British "Invasion" than to tap into their collective unconscious by using names subtly suggesting that this is the solution to warring ideologies... The Beatles.

When you plan on the name of a band and the names of those band members taking up residence in the minds of the public... you put a lot of thought into those names. You don't want the public to forget them. These names are too fortunate to be an accident.

I'm not suggesting that their names were changed. But this would not surprise me if they were. Maybe they were selected from birth to fulfill this role. That is not out of the realm of possibility. Maybe one of reasons the Beatles were chosen for stardom was because of their last names.

The name has everything to do with marketability. Why did the CIA put a man named "Saddam Hussein" into power in Iraq? Maybe because "Sodom Insane" makes for a great bogeyman.

I don't know much about the Beatles or this time period. I just know the devil's turd when I see it. I was reading the article and it leapt out at me.
R

Very creative idea, and perhaps not off the mark at all. I have occasionally pondered the odd surname of Lenin, but had never made such a connection to Joseph McCarthy and his politics focused against Lenin and Soviet Communism. And because of how media and other propaganda conditions us so effectively, we forget that the Kennedy brothers were aligned with McCarthy in the Senate, before Camelot, that is. Their father sympathetic to the Nazis.

As I'm currently discussing on another thread, I'm re-reading a book on the Exodus, that claims that the 'official' Bible account is really a disguised representation of what happened with Akhenaten and his city of (Aten's) Light at Akhet-Aten (aka Amarna). In this scenario, the data laid out by two rabbi brothers BTW and their interpretation being modified by me, the new city and radical theology are established as an antithesis to the old school Egyptian religio-cultural thesis. It can not help but cause massively polarized violence, and thus the residents of Amarna are ejected from their new city, with all the wealth they amassed from wider Egypt in the years before. The Sabbah brothers propose that this is the foundation of what we came to know as Judea/Israel. And I am now proposing that this is the seed formation of what Jerry and I have been detailing as the False Dialectic of Western Civilization in our Old Testament analysis series.

The Sabbah brothers point out that the old school priest were in on the plan, as they were co-opted by Akhenaton and his father-inlaw, Ay. And during the restoration of the old school system, they had to restore the priesthood from non-traditional, non-hereditary source. And, Ay was in a position of power for both phases.

And soon, I am hoping to introduce on a new thread, a 2012 documentary where we are being offered just such a timely synthesis solution to both failed radical Marxism and failing radical Capitalism, by 20 plus individuals with historical connections to the power centers. How convenient?
T

Oedipus and Akhenaton by I. Velikovsky and Moses and Monotheism by Sigmund Freud examine this hypothesis- That's probably well known here, but just for the record-

The name game proposed by Derek has wide implications in that if Lennon/McCartney were names designed for this subconscious purpose, it's certain those two characters had been created from whole cloth as the odds of having two local Liverpudlians with the right names and some musical talent are next to nil- If there was no original John and Paul, the characters were then designed in advance and actors were assembled to audition for the roles and several were hired to play the four characters at different times over the years- I believe that several "Beatles" bands were playing nightly in different parts of the UK/Hamburg in the pre-fame era and were winnowed down to four (five*) regulars and several backups which were stationed at different points to carry on Beatlemania- Once the touring ended, the studio product could have been made by anyone- Even the touring years LP's could have been anonymous session musicians- Nefarious is too kind a word-

* This blog has been hard at work unmasking twins in show biz and elsewhere in the public culture as well as identifying where the "dead" rock stars of the 60's went and who they resurfaced as- Start with "Sir Faul"- https://pieceofmindful.com/2016/04/23/sir-faul/

From the "Sir Faul" article: 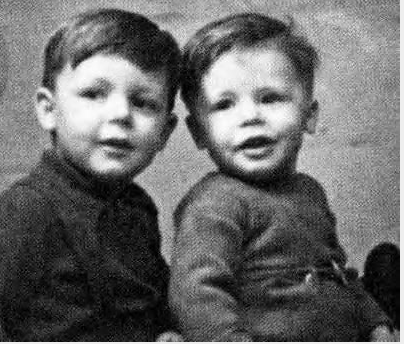 It's difficult to be an observant person in a non-observant world. You see the patterns other people miss, and then wonder how they could miss them... or is it a conspiracy!!!

All I can say is: Illuminati confirmed! lol
Last edited by a moderator: Aug 23, 2016

Staff member
An extended digression about an innocent bystander has been hidden from public view. If anybody wants to bring it back, let me know and we'll talk.
T

Ha! I just copied and pasted the first three posts to save as they were the only relevant ones and the forum was thinking the same thing as I refreshed the page- Anyway, I think this name game is worth pondering, legally-
R

Tyrone McCloskey said:
Anyway, I think this name game is worth pondering, legally-
Click to expand...

I agree that the name game is definitely worth pondering, but that such pondering should be done appropriately. People adopt new names for various reason, and one could be to act in such a role as you suggest.

The was(?) a public web guy, named Goodenough who used to write some very interesting geopolitical commentary, but I have lost touch with. This surname goes back to at least the 1700's.

Most English surnames either had to do with a founding patriarch's occupation: like Butler, Baker, Butcher and such. But I've never heard of Mr. Candlestickmaker. Or they were aristocratic names, and for the English they frequently ended in 'ley' - short for 'leigh' - French for field or meadow.