Is at all about serpents?

There have been times where I went along with the Jesus character for lack of anything else. That ship had sailed before I even got on. In addition to Joe's writings(I'm assuming, just got them)all religion seems to go back to Apollo and Zeus, etc...

I recently learned that 'agnostic' was created by one of the lesser known Huxley's. If there are deities, then are some benevolent and some not?
I'm getting the impression that Satanists are paying homage to Saturn whether they realize it or not.
Does anyone else ever feel like-I didn't sign up for having to decode and reverse engineer every single thing in life that crosses my path...

The Twin Towers being remade into a double helix comes to mind. Could all of the snake symbolism just be about DNA? Don't misunderstand, I have no love or compassion for the nwo. While I consider myself a pagan who strongly relates to nature and an agenda of health, building others up when I can, etc...I'm tempted to get rid of any label.

I kind of drifted from the main point of the question but would appreciate any feedback.
R

Interesting to 'gnow' about the source of the term 'agnostic'. I'm guessing that most of us here are either atheist or agnostic, with a few exceptions. Jerry and I, at least, are agnostics. I am an atheist in the narrow sense that I am not aware of any god (theos) that exists as it has been presented to me. The ones we know about appear quite clearly to have been invented in the minds of humans, a few of whom liked to live as if they were gods. Beyond that, the only thing we can really know is what we can test.

The most primitive human societies believed in animism, where all things, living or dead had some form of spirit that might be appealed to in some form of manner. This can still be witnessed in some more remote areas of the planet. As humans became bound to the land because of agriculture, the increasingly powerful shamen turned priests came up with the concepts for various 'gods' that had wider powers over various matters. this was seen as a good thing for the kings, who were more often than not related to the priests.

With the evolution to expanding empires, the priests and emperors hit upon the concept of one god that covers everything and everybody.

Its quite possible that Satanism is somehow connected to what some call Saturn Theory, which a few discuss here.

Not sure what you mean by the Twin Towers being remade into a double helix, but some investigators that have looked into the hallucinoginic drug practices of the shamen based cultures today claim that these experiences seem to suggest some sort of psychic communication to DNA, what they call the Cosmic Serpent.

Thank's that does help.

I thought I heard someone in an explanation about the new world trade center, saying that it was about the two becoming one.
R

I may have mentioned something like that in my main posts, but I don't think in the context of a double helix or serpents. In any case, as the image evokes, it does look like two conventional buildings got spliced together doesn't it?
M

Yes. I'll have to look at your writings. Just got here.
M

Richard Stanley said:
I may have mentioned something like that in my main posts, but I don't think in the context of a double helix or serpents. In any case, as the image evokes, it does look like two conventional buildings got spliced together doesn't it?
Click to expand...

I came here because of Joe's books and podcasts. Why would I be familiar with you? Just curious.

Rick deserves to be famous as the inventor of the Shepherd-Sheepdog Model of Abrahamic Culture, and I'm his apostle, but nobody has ever heard of us. We're also running a sort of Joe Atwill fan site here, inasmuch as his findings are a key element in our broader theory -- although Joe hasn't signed up as a supporter of SSM yet.
M

That explains a lot. They refer to it as if it's part of the whole thing(or I thought they did). I shall linger longer. I searched the site for what you mentioned and don't see it. Can you please give a link about what you're talking about?

Staff member
We should probably put in the work to create an 'elevator pitch' summing up the theory in a nutshell. But at the moment, we have these three posts.

Since the question was about the Twin Towers, it may more likely be my 9/11 post:

But I may likely have said something else similar in the 9/11 forum threads.
M

Another question. I imagine we're on relatively on the same page regarding the lack of divine inspiration for the Bible. Perhaps it's more my own application for some of the stuff rather than the way they were intended. I find throughout the Bible bits of wisdom that seem beyond many men's temporal viewpoint. In addition to Proverbs and a few other places in the OT, much of what the Jesus character is attributed with saying seem like good advice.

And said, Truly I say to you, Except you be converted, and become as little children, you shall not enter into the kingdom of heaven.
Click to expand...

Your first quote from John, can easily lend it self to what I call the Space Jesus phenomenon with shape-shifting aliens, Sitchin's Planet X, and such, as is being discussed on other threads here. Of course, this begs some questions, such as just what the heck was going on in 'John's' mind at the time. In the Book of Daniel it is explicitly stated that its metaphors referred to nations (extending even long past the time of Christ), but we have no such help with John.
Last edited: Aug 12, 2016
R

I should also add that one must be open to the possibility of interpreting the texts in contextual frameworks outside one's cultural familiarity. A lot of churchs and synagogues go to some lengths to recontextualize the texts into the cultural context of the period, but if such as 'Jesus' and other characters were referring to 'high strangeness' then this recontextualization does little good, but helps keep us in our mind prisons.
M

The other thing that has been kind of troubling me is that there seems to be evidence of power in evil. The Satanist symbology everywhere from the flag to films to music and sports. I'm relatively happy with the inner peace and tranquility thing and the individual being a god of sorts. I'm guessing that's all there is. But there's usually opposites with anything. That doesn't seem to be the case with an outside source regarding good and bad.

Richard Stanley said:
Of course, this begs some questions, such as just what the heck was going on in 'John's' mind at the time.
Click to expand...

For the record, I am not speaking under a license to preach from the United Methodist Church or any other religious institution, so my comments here, as always, are solely for the purposes of "spiritual talk," and do not constitute spiritual advice. I encourage readers in need of spiritual advice to contact a qualified member of the clergy in the denomination of their choice.

Having said as much, if I may, I will give my best interpretation of the passage in question:

This gets to the issue of communicating in such a manner as 'John', and 'Hebrews', and 'S/Paul', correct? Such ambiguous wordages are open to many interpretations, and the writers of same gnew this.

Depending upon who you believe all such works, above, were addressed either to or against the gnostics. In the case of GJohn this had a specific audience as did the other 3 gospels, which to me is a major weakness in Joe's argument about the main focus intent (Jewish pacification) of the Gospels in their ultimate intertwined Flavian formulation.

As to keep this thread on topic, the highest adepts of such gnosticism understood that such as serpents were merely metaphors to help make sense of existence. Unfortunately, for such as innocent snakes, the employment of such terms has not been positive for them, as witnessed by the attitudes of those many satisfied remaining on the literal planes.
Last edited: Aug 14, 2016

I heard Moses could turn his serpent into a staff
R

Marcilla Smith said:
I heard Moses could turn his serpent into a staff
Click to expand...

Marcilla Smith said:
For the record, I am not speaking under a license to preach from the United Methodist Church or any other religious institution, so my comments here, as always, are solely for the purposes of "spiritual talk," and do not constitute spiritual advice. I encourage readers in need of spiritual advice to contact a qualified member of the clergy in the denomination of their choice.

Having said as much, if I may, I will give my best interpretation of the passage in question:

About the clergy comment...I assume everyone is familiar with astrotheology, at least a sense of Joe's writings and the lack of evidence that there was ever a person in the flesh named Jesus as mentioned in the Bible. Were you jesting?

Staff member
Hopefully Marcilla would not object if those of us who (don't) believe in the Flying Spaghetti Monster, choose to consult the Pastafarian clergy of our choice in the event that we ever find ourselves needing spiritual advice. Personally, I would welcome most any opportunity to consult with Pastafarian missionaries wearing pirate costumes. 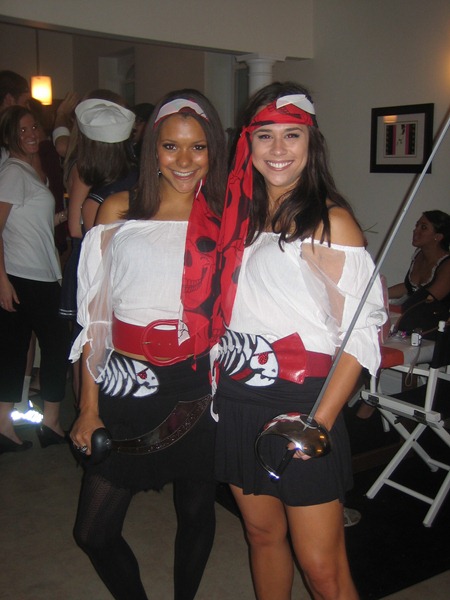