Published on May 26, 2013
This episode is with an interview with David Asprey, part 1, titled "Bulletproof Coffee: Revisiting Fat and Health" and is being released on Sunday, May 26, 2013. This interview with Burt and Tom was recorded on Wednesday, May 20, 2013.

Dave uses a combination of nutrition, nervous system training, and anti-aging technologies to improve the performance of the human body and mind.
Dave Asprey is a Silicon Valley investor, biohacker, and entrepreneur who spent 15 years and $250,000 to hack his own biology. He upgraded his brain by more than 20 IQ points, lowered his biological age, and lost 100 lbs without using calories or exercise.
The Financial Times calls him a "bio-hacker who takes self-quantification to the extreme of self-experimentation."
His writing has been published by the New York Times and Fortune, and he's presented at Wharton, the University of California, and Singularity University.
Dave has been covered on video on CNN, ABC News, Nightline, Forbes, and MSNBC. In print, he's been featured in Men's Health, Forbes, Fast Company, the Los Angeles Times, and Vogue.
Dave's Bulletproof Executive blog was born out of a fifteen-year single-minded crusade to upgrade the human being using every available technology. It distills the knowledge of more than 120 world-class MDs, biochemists, Olympic nutritionists, meditation experts, and more than $250,000 spent on personal self-experiments.
From private brain EEG facilities hidden in a Canadian forest to remote monasteries in Tibet, from Silicon Valley to the Andes, high tech entrepreneur Dave Asprey used hacking techniques and tried everything himself, obsessively focused on discovering:
What are the simplest things you can do to be better at everything?
Knowing this leads to being bulletproof, the state of high performance where you take control of and improve your biochemistry, your body, and your mind so they work in unison, helping you execute at levels far beyond what you'd expect, without burning out, getting sick, or just acting like a stressed-out jerk. It used to take a lifetime to radically rewire the human body and mind this way. Technology has changed the rules.
http://www.bulletproofexec.com/ 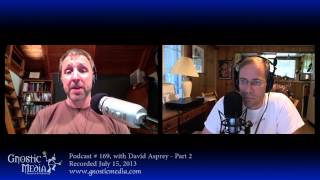 In his midtwenties, Dave Asprey was a successful Silicon Valley multimillionaire. He also weighed 300 pounds, despite the fact that he was doing what doctors recommended: eating 1,800 calories a day and working out 90 minutes a day, six times a week. When his excess fat started causing brain fog and food cravings sapped his energy and willpower, Asprey turned to the same hacking techniques that made his fortune to "hack" his own biology, investing more than $300,000 and 15 years to uncover what was hindering his energy, performance, appearance, and happiness. From private brain EEG facilities to remote monasteries in Tibet, through radioactive brain scans, blood chemistry work, nervous system testing, and more, he explored traditional and alternative technologies to reach his physical and mental prime. The result? The Bulletproof Diet, an anti-inflammatory program for hunger-free, rapid weight loss and peak performance. The Bulletproof Diet will challenge—and change—the way you think about weight loss and wellness. You will skip breakfast, stop counting calories, eat high levels of healthy saturated fat, work out and sleep less, and add smart supplements.In doing so, you’ll gain energy, build lean muscle, and watch the pounds melt off. By ditching traditional "diet" thinking, Asprey went from being overweight and sick in his twenties to maintaining a 100-pound weight loss, increasing his IQ, and feeling better than ever in his forties. The Bulletproof Diet is your blueprint to a better life.

Great book and and even better dietary system.
A

I don't know what this has to do with Gnosticism.
R

Gnostic Media is a favorite of some former forum members here, including Loren Hough. Loren and these others were here because of their following Joseph Atwill, author of Caesar's Messiah, had an association with us as well as Gnostic Media. We've all parted company, including Atwill with GM.

My dark favorite GM moment was an interview GM's insane Jan Irving incoherently had with a Freemason (which they normally see as a Jewish construct) on their mutual Logical Trivium and Quadrivium where it was stated that Greco-Roman-Aryan culture was superior, specifically because it was based upon Conquest and the subsequent development of civilized societies, such as cities.

Of course, if one gnows anything basic about the Nazis, they explicitly hated urban cities and anything Modern, albeit they did love Conquest for their lebensraum. But, guess who else canonized Conquest?

In any case, Gnostic Media covers a wide range of 'educational' topics so as to increase your general 'gnosis' writ large, ... as a cover means to spread their white supremacy and white nationalism messages.

Richard Stanley said:
In any case, Gnostic Media covers a wide range of 'educational' topics so as to increase your general 'gnosis' writ large,
Click to expand...