A friend sent this to me this afternoon. I have not had a chance to read this yet, but decided to post it now. 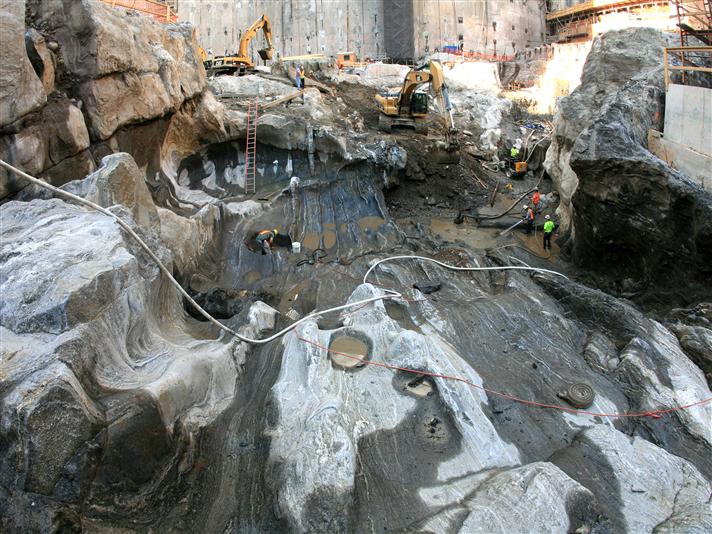 Pommer's theory is unveiled at slide #65 of 111. He argues that each bomb was a relatively primitive uranium-thorium ball that emulated a Chernobyl effect, sinking into bedrock and creating a focused explosion directed upwards into the core of the building.

Ward thinks that the event was highly radioactive and dirty. Nuclear weapons are normally designed with a casing made of depleted uranium, that absorbs high energy neutrons while providing additional explosive power. Pommer's bomb doesn't have any such casing, which is why the designation of "neutron bomb" is correct.

In my analysis of the WTC event, I was assuming the opposite, that the explosion left little or no radioactive trace. Pommer blames Steve Jones for the misinformation, if indeed that's what it is / was.
R

Jerry Russell said:
Pommer blames Steve Jones for the misinformation, if indeed that's what it is / was.
Click to expand...

About what, the amount of radiation? If so, wouldn't that apply to other, actual officials.

Staff member
He also blames Judy Wood for disinfo, but I don't believe she made any radiation claims one way or the other. Or at any rate, Pommer doesn't attack her on that basis. Nothing is said about other official information sources about radiation.

Ward attacks Jones and Wood, and categorically rejects the Cold Fusion theories, at this blog post: