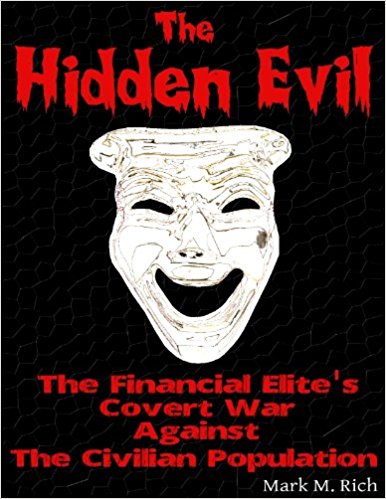 amazon;
Mark provides compelling evidence that wealthy satanist-psychopaths are waging a covert war right in your neighborhoods as they establish a global dictatorship known as the New World Order.

Their potential enemies are placed under constant surveillance by the security forces and attacked with silent and traceless directed-energy weapons that leave no visible injury. These attacks are combined with psychological warfare used to inflict recurrent emotional pain.

To enforce their rule on the street-level they have recruited a major portion of the civilian population to stalk and harass targeted individuals. [6x9 Paperback Edition has 258 pages]

For the supranational shadow government to implement its agenda for world dictatorship, it has to co-opt local informants to terrorize individuals who thwart its plans.

Mark Rich, a target himself, explains how this agenda has been ramped up in the post-9/11 terrorism-focused global society, but he provides extensive historical context as well as commentary from well-known researchers to support his argument.

Rich sets the scene with reference to the elite groups near the top of the control pyramid, e.g., transnationals, the private Federal Reserve, the Council on Foreign Relations, the Bilderbergers, and tax-exempt foundations with links to the Rothschilds and Rockefellers.

He then examines how these groups have had their way, e.g., deliberately creating the Great Depression, funding Nazis, and rewriting history via their compliant allies in the media and academia.

In the second section, Rich homes in on the structure, tactics, and purpose of this "Hidden Evil" and how informants are co-opted to serve it. As well as sophisticated mind-control and "non-lethal" technology being used, more basic techniques such as stalking, mobbing, brighting, blacklisting, character assassination and noise campaigns are employed to destabalise and alienate the targeted victim.

These methods worked for the Stasi in East Germany, and they're part and parcel of the psychopathic/satanic New World Order controllers' bag of tricks. Rich's alarming exposé is well researched and referenced. Citizens everywhere are urged to take note. 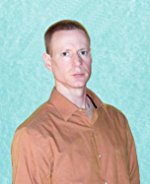 In his latest book, Geoengineering: Planetary Sabotage & Human Extermination, released in June 2014, he explains how wealthy eugenicists have arranged for chemical and biological particulates to be dropped over vast territories worldwide, for depopulation and ecological destruction.

The book, Invisible Eugenics: How the Medical System and Public Schools are Killing Your Children, released in 2013, describes how vaccines and psychiatric medication are chemical weapons, injuring and killing millions of people.

His previous books include: New World War: Revolutionary Methods for Political Control (2010), and The Hidden Evil: The Financial Elite's Covert War Against The Civilian Population (2008).

In his spare time he studies a type of dance known as popping, and reads science fiction such as urban fantasy and Star Wars novels.

Top Customer Reviews
5.0 out of 5 starsDexter
By Dexter on December 5, 2010
Format: Paperback Verified Purchase
This book is a must read! Innocent Americans are being stalked and terrorized by stalking groups set up by the US Government's national security agencies. The persecution is completely unjustified under the false pretense of the "war on terror" or other lies told about the victim. Local police watch groups are being unleashed to go after American citizens that have done nothing wrong and are not part of any type of terrorist activity at all. The victims are harassed 24/7 with a total psychological warfare campaign waged against them or even worse with being attacked with energy weapons. These both equate to torture with people being murdered and systematically destroyed. Its sad how far this country has fallen from grace. I can vouch for the information about the stalking being 100% true because I have been a victim of it for over three years now.

more on book above hidden evil;
We are lab rats By Martin on April 22, 2014
Format: Kindle Edition Verified Purchase
Stalker groups may gang stalk a Target simply for the sheer statistical joy of it, while intelligence services, corporations and security companies use it to get rid of activists, whistleblowers, disgruntled employees or troublesome union representatives. It's a secretive system which is above the law and any form of regulation or control. Welcome to the 21. century of psychopathic black arts. Compelling read. (In the movie The Whistleblower there are scenes showing gang stalking. A female UN police officer is trying to rescue some Eastern European girls who are forced to work as sex slaves at a bar. But corrupt UN police officers use gang stalking and intimidation tactics to stop her).......... By the way, I am not sure there's an elaborate conspiracy going on among rich and powerful people. I am sure they do networking and lobbying, though. And that networking and lobbying may from time to time be evil minded. Greed, power and self-interest surely drives many at the top levels. It's for sure that some corporations and companies like "Democra" dabble with gang stalking. And if they do it, others do it too. It's without doubt that intellegence agencies in many countries use gang stalking. And no doubt either about independent gang stalker groups. They are around bigtime. And some political, relgious and neighborhood watch groups are into it. Some with national and global out-reach.... (Gang stalking may have its historical roots in high society's scandal-gossip and norm-policing. A fictional example from the 1800s would be Anna Karenina, who in the novel is targeted by the gossip game)... According to some, deliberate intimidation and harassment campaigns targeted at individuals go as far back as Charles the Great.