Staff member
This may be in a category of "something everybody else knows, except me."

The Saker posted a translation of a sermon by Protopresbyter Mikhail Polsky. The sermon seems to date back to the Soviet era. Polsky has an extremely low opinion of the Soviet system, as one might expect from an expatriate Orthodox priest.

From that, he makes all sorts of extrapolations about the evils of money, the beastly nature of the Soviet government, and so forth. In contrast to more recent theories that "the Mark of the Beast" will be some sort of microchip or electronic monetary system, Polsky thinks that gold-backed paper money is the true meaning of this "Mark".

Something to keep in mind when charting the progress of the end times.

1 Kings, not 3 Kings (which is reserved for golden haired Trump, aka David Dennison, aka John Barron).


Now the weight of gold that came to Solomon in one year was six hundred threescore and six talents of gold, (1 Kings 10:14 KJV)​
These two parallel verses come immediately on the heels of the Queen of Sheba story which is certainly borrowed and re-worked from the Egyptian annals of Queen Hatshepsut (again from the 18th Dynasty).

It is also notable that Solomon was said to have reigned for a period of 40 years, which is certainly plausible, but given the common symbolic usage of the number 40, as with the number '7', that all these are symbolic including the 666 talents of gold. Again, as with the understanding of the Greeks, who asserted they got their knowledge from the Egyptians, this 666, as with the reference in Revelation, is a solar reference based upon sacred geometry. The numbers of which, and their 'harmonic' relationships are indeed eternal, the only thing that is eternal. Also, besides the reign length of 40 years being plausible, there is zero evidence of Solomon and David - as told in the OT. They are also reworked memories of pharaohs.

In Revelation we have the linkage of 666 with an Earthly ability to do business in the marketplace, under the regulations of the PTB, as well as the number fitting in with the massive cosmic zodiacal references found throughout the rest of the book. So perhaps we can see here an encrypted assertion by the (Hasmo-Roman) authors of the Christian system that they would control the money system of the empire by divine heavenly authority. As Saussy's thesis asserts, it was Jesus who ceded authority to step-brother Satan to control (regulate) Earthly affairs. As such, perhaps Saussy's book might better have been titled Regulators of Evil rather than Rulers of Evil.

Just like the Sun, which is our best friend and worst enemy, so is God (Isaiah 45:7 KJV) ... and so is money, either paper or gold backed. What is Polsky's alternative to 'money', going back to a barter system?

The inherent problem with 'money' IMHO, is that it is used as both a means of exchange and as a means of wealth storage. When certain individuals or organizations store up too much currency (as in under their mattress and similar) it creates problems in the market, just as having too much currency circulating does in other ways. Banks, at least (ignoring the fractional reserve implications of such as the Fed system), redeploy stored currency within the economy by making loans. This is why we need proper regulations to mitigate against the extremes that money usage can be put to.

We could also make the same claims about such as water as for money. One can get killed variously by water, including by drinking too much at one time. So should we ban water, or be careful how we engage with it?

Also, note that Solomon had a peacock brought to him.

Richard Stanley said:
1 Kings, not 3 Kings (which is reserved for golden haired Trump, aka David Dennison, aka John Barron).
Click to expand...

Also the Russian Orthodox, who use a different nomenclature for the OT books. Our 1 & 2 Samuel = their 1 & 2 Kings. Our 1 & 2 Kings = their 3 & 4 Kings. I guess this suggests that I could be a Russian bot, mindlessly copying scripture references from Orthodox priests.


Richard Stanley said:
Also, note that Solomon had a peacock brought to him.
Click to expand...

Whereas we had to go get our own peacock, and bring him home in a burlap sack. At least the price was right. All we had to do, was promise not to eat him. 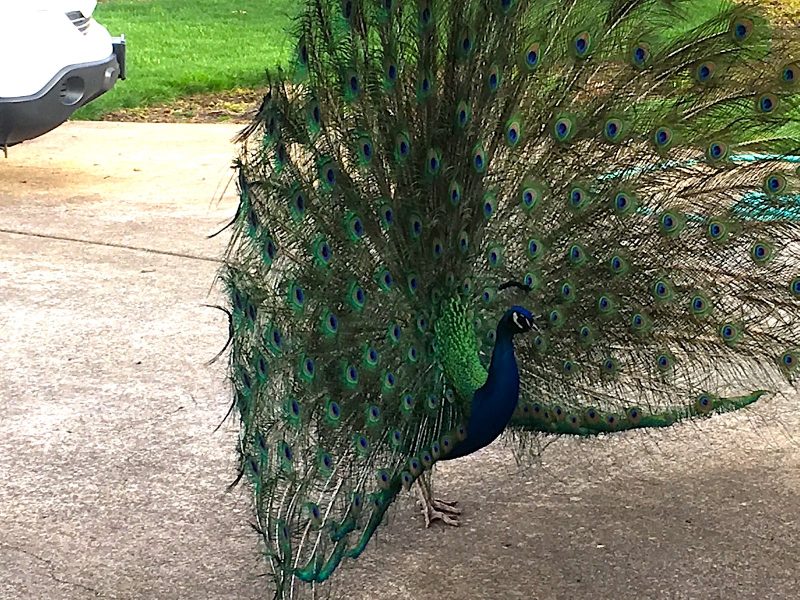 Jerry Russell said:
All we had to do, was promise not to eat him.
Click to expand...